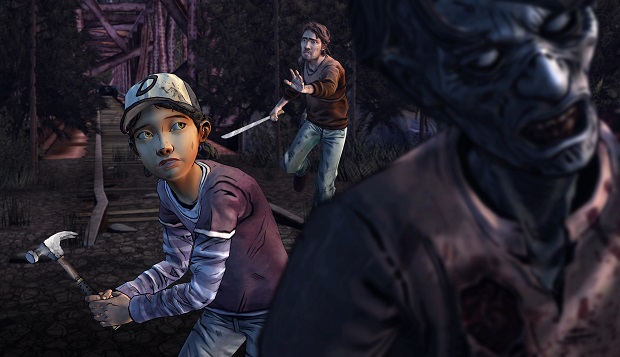 IGN is reporting that TellTale has confirmed that its Walking Dead adaptation will be getting a third season. News comes from studio co-founder Kevin Bruner, who revealed the news at Skybound Entertainment’s panel at San Diego Comic-Con.

Details on the season are sparse at this point, likely to avoid spoilers for the on-going second season. No release window was given, but considering that the studio is currently working on Tales from the Borderlands and a Game of Thrones adaptation, it is likely fans won’t get a glimpse at where The Walking Dead will go until sometime in 2015.

TellTale recently confirmed that The Walking Dead and the recently wrapped-up Wolf Among Us would both be coming to PlayStation 4 and Xbox One in disc form.

For more on The Walking Dead, check out Gaming Trend’s impressions of Season 2 thus far.