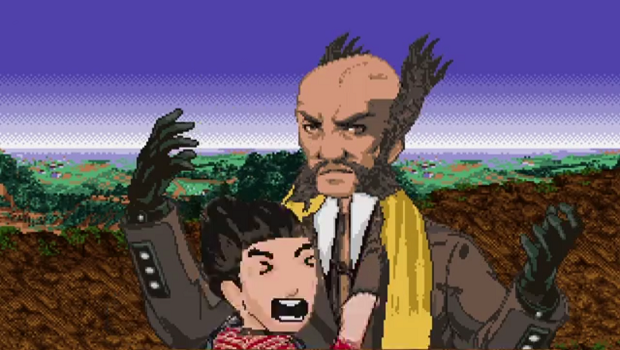 To celebrate the upcoming release of Tekken 7, Bandai Namco has released the first part of an 8-bit video series which recaps the franchise’s Mishima saga. Newcomers and veterans alike will be able to relive the glory of the game’s PS1 days through this retro recap.

Containing the plots to Tekken 1 through 3, the video hopes to catch everyone up to speed in regards to the Mishima family; you know, because Heihachi, his son Kazuya, and his grandson Jin are not… on the best terms. The video chronicles how Kazuya was left to die but survived, as well as Devil Jin’s importance on the saga’s storyline. With a little tounge-in-cheek humor peppered in, this is a great primer to the wonderful world of Tekken.

Tekken 7 will be released on June 2 for PlayStation 4, Xbox One, and PC. A companion comic has also been released recently, with its first issue out now. Stay tuned for more news here on Gaming Trend.