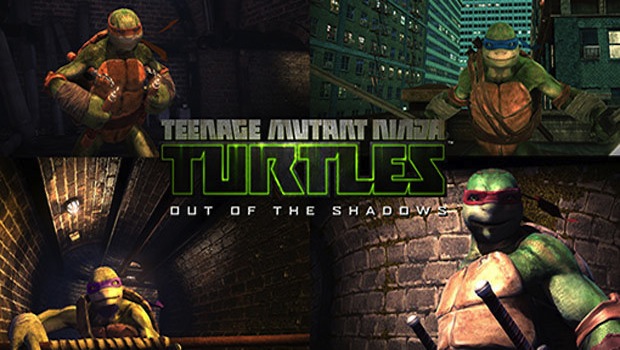 A new TMNT game entitled Out of the Shadows is gearing up for a release that is mere months away, and today the gaming community received a new trailer filled with insight as to how this thing is actually going to look. You’ll get a great sense of the type of moves you’ll have at your disposal, plus you’ll be able to play as each of the four green dudes using each character’s trademark weaponry and skill set. The trailer in question stars Michelangelo, perhaps the quirkiest (and hungriest) of all the turtles. Can you say ‘cowabunga’?

From the release distributed today:

Always ready with a punch and a punchline, the orange-draped Michelangelo puts a literal spin on the phrase ‘party animal.’ He’s a fun-loving foodie with an appetite for goofing off instead of training. But despite his lighthearted tone and distaste for confrontation, Mikey is no less committed to the cause than his older brothers, whom he looks up to as role models.

Although it kind of gives off the distinct impression of your average button-masher, that’s not to say this thing will provide anything other than hours of comic book-style good times, and I for one am definitely looking forward to getting my hands on a copy. Enjoy the trailer below, and let us know your thoughts in the comments section. Who’s your favorite turtle? Will countless hours of ninja combat live up to the series’ good name, or will it be boring and repetitive? We’d love to hear your input. Out of the Shadows is currently slated for a summer 2013 release on PC, Xbox LIVE Arcade, and PSN.