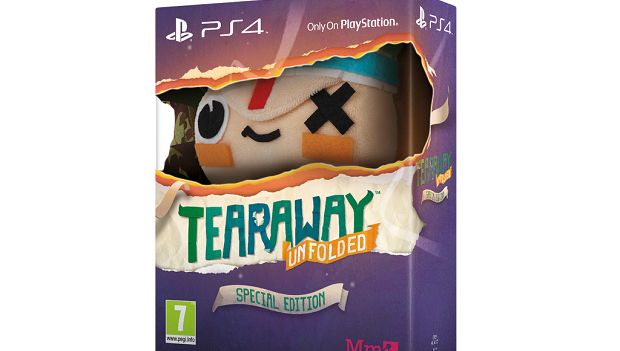 Media Molecule has announced what will come in Tearaway: Unfolded’s special edition, but it won’t be coming to the States.

The special edition (pictured above) will come with a plush version of Tearaway protagonist Iota, and will be available in Australia and New Zealand, France, Iberia, Benelux, Norway, Middle East, South Africa.

There’s currently no word on whether a similar edition will be available in North America, but the upcoming Nathan Drake Collection’s special edition is also not coming to North America, so this may be a trend for Sony’s first party offerings this year.

Tearaway: Unfolded is coming to PlayStation 4 on September 8th. The PS4 reimagining of the Vita game will be compatible with the PlayStation App, which will recreate much of the handheld’s features for the console version.

For more on Unfolded, check out our latest preview.