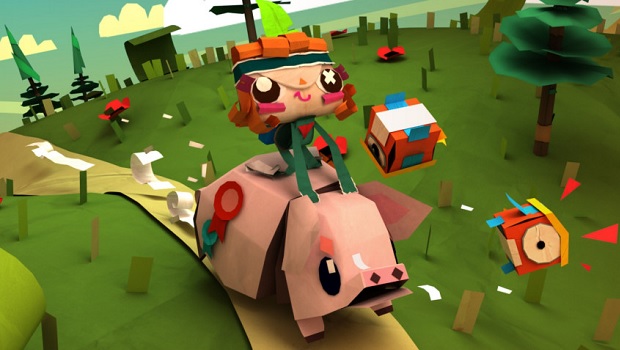 Media Molecule has released some new screenshots for Tearaway: Unfolded, the PlayStation 4 re-release of the Vita game that came out last year.

The screenshots show some of the game’s new content as part of its reworking for PlayStation 4, including use of the Dualshock 4’s light bar and touchpad.

Tearaway: Unfolded was announced at Sony’s Gamescom press conference last week. Media Molecule says that the game will be roughly 50% different than the Vita version of the game due to the studio changing multiple parts of it to be more suited for the PlayStation 4 instead of the handheld.

For more on Tearaway, check out the Gaming Trend review of the Vita version.