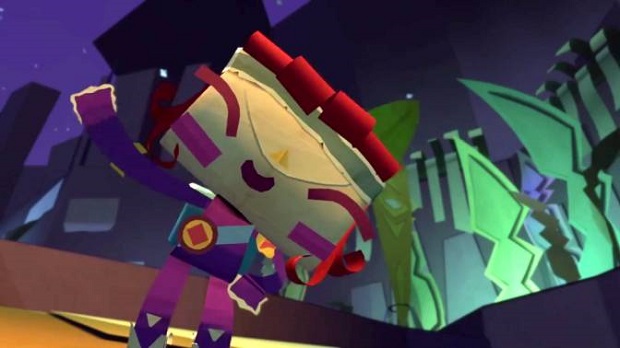 Media Molecule has announced that its PS4 reimagining of Tearaway, Tearaway: Unfolded, has officially gone gold, and will be shipping to retailers soon.

News of this comes from the studio’s official Twitter account, where it posted pictures of employees celebrating this development milestone.

Tearaway: Unfolded was announced at Sony’s 2014 Gamescom press conference, and is coming to PlayStation 4 on September 8th. The original game was released on the Vita in 2013, roughly 50 percent of which has been reworked for PS4. At this year’s E3, Media Molecule announced a new IP from the studio called Dreams, which allows players to sculpt and animate with the PS4 controller.

For more on Tearaway: Unfolded, check out our latest preview.