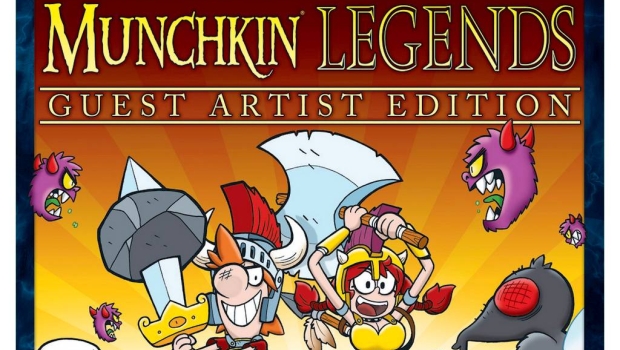 The Munchkin line has had several different iteration, with many different themes.  However, a new version with a guest artists is available.  What’s surprising is that Target has an exclusive deal for this Munchkin Legends version.

Legends change with each retelling, and Munchkin Legends just got a new twist with the Munchkin Legends Guest Artist Edition, available exclusively at Target! It’s been re-envisioned in the distinctively playful art style of illustrator Mike Luckas. The set adds chipboard standies and a gameboard, using the new art. Even the cover got a colorful, high-action makeover! As part of ourGuest Artist Edition line, this is a limited print run.

I have to say that I like the look of this version of the game, and the price of the game at Target is reasonable.  If you want a different version, or want to see what this Munchkin thing is about, it’s a good set to take a look at.