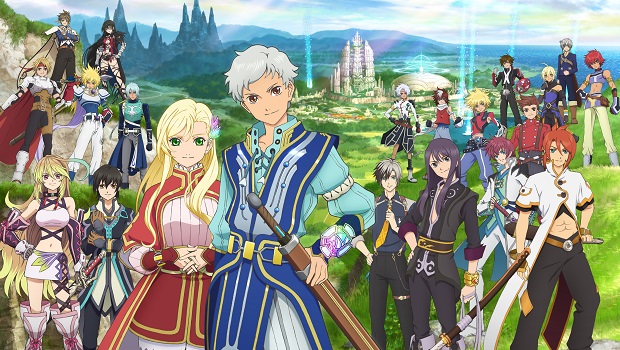 Bandai Namco announced today that it will release its upcoming free-to-play RPG Tales of the Rays to mobile devices this summer. The game will be available for download on Google Play and the Apple App Store in North America.

“We created Tales of The Rays with the intent to make it the best all-star character game ever. The story, music, and game design are handled by the very same team who brought you the Tales series on console, and the character design, voice acting, and opening animation are masterfully crafted by the hottest artists in Japan today,” said Yasuhiro Ikeno, Producer of Tales of The Rays at Bandai Namco Entertainment Inc. “We’re all very happy to be able to share the amazing storytelling and 3D gameplay with our fans those new to the series and those who have journeyed with us for the entire Tales franchise. “

Tales of Rays aims to recreate the classic Tales series gameplay to mobile devices as new heroes Ix and Mileena explore dungeons and battle enemies alongside veteran heroes from the Tales franchise. The all-new Linear Motion Battle system will have controls optimized for mobile devices, and will also include animated cut-scenes with classic soundtracks and limited time events with special bonuses.

Tales of the Rays will be released this summer for iOS and Android devices. You can check out the game’s official website here, and stay tuned for more news her on Gaming Trend.