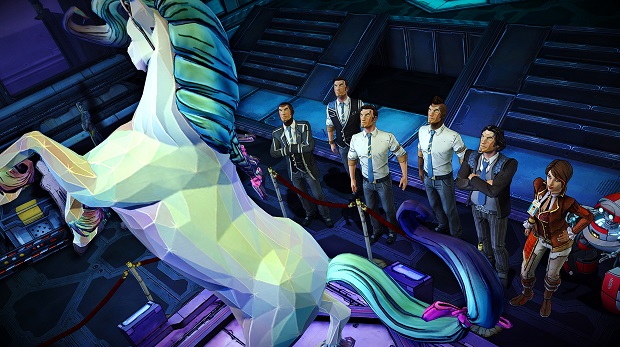 The fourth episode of Tales from the Borderlands comes out tomorrow, and TellTale has released the launch trailer giving fans a glimpse into their return to Helios.

Episode 4, “Escape Plan Bravo,” will take players back to the Hyperion base to find another piece of Gortys, an Atlas robot that made her debut in episode 3. The new trailer shows that tensions are at an all-time high, as co-protagonists Rhys and Fiona’s group has been taken captive by a woman named Vallory, all while Handsome Jack continues to inhabit Rhys’ mind.

For more on Tales from the Borderlands, check out our thoughts on Handsome Jack’s role in the episodic adventure game.