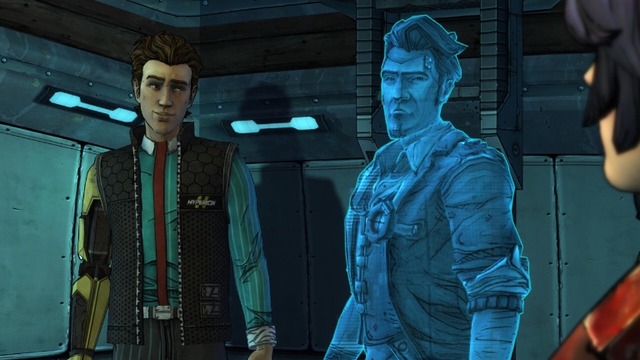 Tales from the Borderlands’ final episode, “The Vault of the Traveler,” is coming out next week. Leading up to the finale, Telltale has released one final trailer to give fans a preview of how everything is going to wrap up.

The video shows glimpses of what’s happened after Handsome Jack has taken over Helios, and the chaos that has overtaken the space station. There are also shots of what appears to be the Vault that the cast has been trying to track down, as well as a final confrontation with antagonist Vallory. Check it out below:

Tales from the Borderlands - Finale: The Vault of the Traveler

Tales from the Borderlands will begin rolling out next week on October 20th. Leading up to the finale, Telltale announced that the series’ first episode is free for anyone who wants to jump in.

For more on Telltale’s Borderlands’ adaptation, check out our thoughts on Handsome Jack’s role in the series.