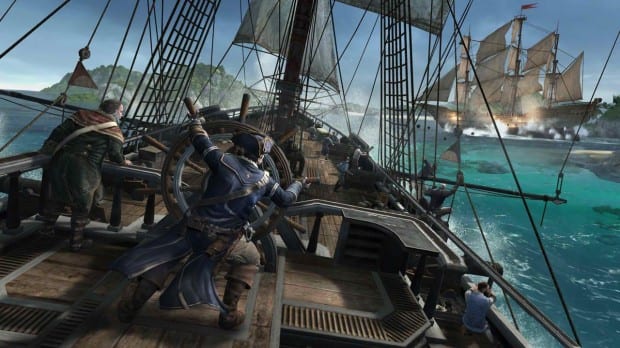 One of the big surprises during Sony’s E3 press conference was the reveal that Connor, the hero of the latest Assassin’s Creed, could captain a ship and fight epic naval battles off the coast of North America. Ubisoft has sent us a brief gameplay trailer showcasing this brand new addition to the series. Assassin’s Creed 3 releases on October 30th on Xbox 360 and PS3, and on the Wii U at launch.