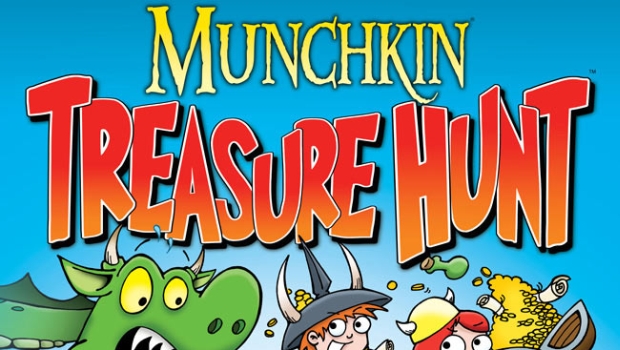 If you are a fan of backstabbing your friends while defeating monsters and gaining loot, then its likely that you have played Munchkin.  While there are plenty of different themes available, it’s not exactly a kid-friendly game.  Steve Jackson Games wants to change that though, and they are releasing Munchkin Treasure Hunt exclusively to Toys R Us stores.

Steve Jackson Games and Toys”R”Us have partnered up on a brand new boardgame for kids! The basic idea of the game (fight monsters and steal their stuff) will be familiar to long-time Munchkin players, but no prior knowledge of Munchkin is required to start playing Treasure Hunt.

“Treasure Hunt is a fantastic way to introduce tabletop games to a new generation,” said Andrew Hackard, designer of Munchkin Treasure Hunt. “We’re thrilled to be working with Toys”R”Us so kids across the country can enjoy the game!”

Munchkin Treasure Hunt is a boardgame designed for two to six players, ages 6 and up. Playing time is one hour. For more information, go to munchkin.sjgames.com/treasurehunt.

It sounds like a great way to get younger kids involved with games that have a little more depth while still including some humor.  I just hope it can keep the interest of the youngsters for an hour.  Still, it sounds promising.