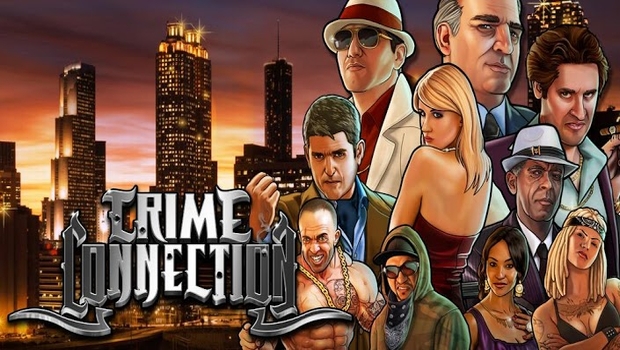 Taito (the esteemed creators of the Bubble Bobble series!) and Square Enix are teaming up to bring us a new portable title called Crime Connection.   While I’ve not played it, the description does sound very much like the game Mafia Wars.  We’ll have to take it for a spin to see how it turns out.  Here’s what we know so far:

Rebuild Sunlight City as you see fit!
The action in CRIME CONNECTION takes place in Sunlight City, a glittering neon metropolis with a dark side. Players adopt a corner of the city as their base of operations, taking on missions and expanding their influence. Along the way, players will encounter characters and organizations both friend and foe as they construct housing and businesses in an effort to collect funds and materials to support their criminal racket. Clever and strategic expansion is needed if players are to grow in power and leave their mark on the city!

Rule the Streets with Intense Battles!
In CRIME CONNECTION, players can use the buildings they’ve constructed to recruit and train the meanest gangsters Sunlight City has ever seen. These gangsters can then be led into battle against rivals, with the winner taking over the losing gang’s territory. Build your own hardened fighting force and show your enemies who runs this town!

Compete with Rival Gangs in Online Battles!
In CRIME CONNECTION, player-led gangs from around the world battle for control in a deadly online struggle. Players can form alliances with others and challenge their rivals to combat, with the victor taking home various rewards. Climb the ranks and you may be the next Godfather!

The game is all ready to go on Android as well as all iOS devices thanks to the GREE platform.  The game is free and the links are right here, so take it for a spin and let us know how it is in our comment section below!