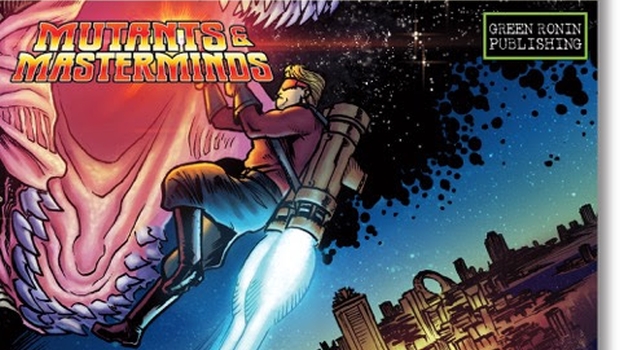 Syrinscape is a way to add music and background sounds to your roleplaying experience.  They have a subscription model where you can pay by the month for their entire catalog or just the sci-fi and fantasy items, or buy specific items outright.  Now they are working with Green Ronin Games to bring superhero sounds for Mutants and Masterminds.

Syrinscape, creator of the award-winning apps that put the power of custom, movie-like sound effects, soundscapes, and music at the fingertips of the gamer, and Green RoninPublishing, award-winning publisher of innovative and acclaimed games such as Fantasy AGE, Dragon Age, A Song of Ice and Fire Roleplaying and more, announce today the companies have partnered to develop custom Mutants & Masterminds SoundSets for the Syrinscape Sci-Fi app.

The first two Mutants & Masterminds SoundSets launch today, Freedom City 2525 and Space Flight, with monthly releases thereafter, each featuring a new location and encounter from the popular roleplaying game, and are playable on PCs, Macs, Android phones and tablets, iPads, and iPhones.

With the whoosh of passing hover cards, the whine of passing emergency vehicle sires, the beeps and buzzes of droids and so much more, the Freedom City 2525 SoundSet from Syrinscape brings everything needed for players to immerse themselves in this high-tech utopian metropolis.

Says Green Ronin President Chris Pramas, “Syrinscape will be such a great resource for Mutants & Masterminds gamemasters, and I’m excited to launch our first sound sets. The right music and sound effects can really make your encounters come alive.”

Mutants & Masterminds SoundSets join the ever-growing Syrinscape Sci-Fi library of fantastic sounds for any sci-fi tabletop adventure, and are available from Syrinscape ($3.99/ea), or as part of the Syrinscape Sci-Fi ongoing subscription for $6.50/month.

The award-winning Syrinscape apps for Sci-Fi, Fantasy, and Board Games, bring fantastic, realistic sound to tabletop gaming. Each is available to try for free, can be completely unlocked for free for 30 days atSyrinscape.com/freetrial, and includes 2 free SoundSets to keep after the trial.

Be sure to check out the application on your PC or your mobile device and get your free trial now.