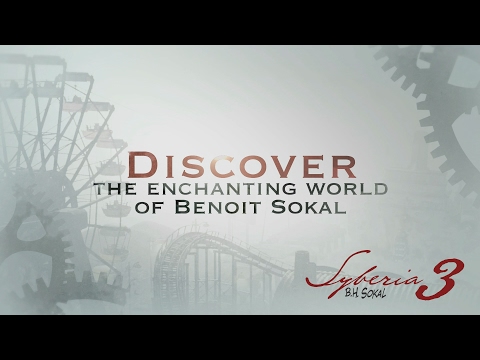 Microids announced today that Syberia 3, the long-awaited third chapter in the adventure series, will be released on April 25, 2017 for PS4, Xbox One, PC, and Mac. The game will be playable at GDC San Francisco (upon request).

Syberia 3 comes 13 years after the release of the second installment in the point-and-click adventure series. Unlike its predecessors, Syria 3 will be played in a fully rendered 3D world (Syrias 1 and 2 utilized pre-rendered backgrounds). The game will still follow the format of a point-and-click adventure game (though the console version will use a more contemporary control scheme) and will feature both new explorative systems and returning “signature puzzle mechanics.”

Check out the release date reveal trailer below:

Syberia 3’s story follows returning protagonist Kate Walker as she meets and befriends the Youkol tribe as they look after their snow ostriches during their migration. Having been left for dead, Kate awakes in this new land with little memory of how she got there.

Microids first announced the return of the Syberia franchise last year at E3, though even some of its original creators once expressed doubts that a third installment would ever get made.