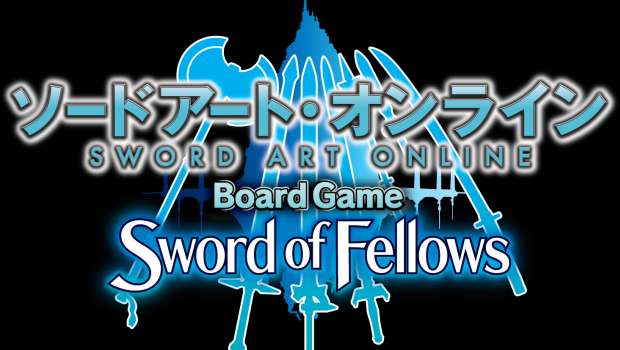 The world of Sword Art Online is ripe for games, especially with the possibility of different settings with the different virtual worlds.  Lots of people must be excited about the SAO board game Sword of Fellows, since it funded in four hours.

This exciting new title has been designed by renowned game designer Mr. Seiji Kanai, designer of ‘Love Letter’ and ‘R-Rivals.’ In the game players will take on the role of their favorite heroes from the animated series trapped in Sword Art Online’s world of Aincrad. Using sword chain attacks, potions, and equipment cards, players will face a series of deadly enemies on their journey to escape from their virtual imprisonment.

Japanime Games has been working with Kadokawa and Arclight Games, to release Sword Art Online The Board Game: Sword of Fellows in August of 2017. After backer fulfillment, the game will be available through retail, distribution and on JapanimeGames.com. Japanime Games will be teaming up with foreign partners Arclight, Ynaris, GDM Games, and Primigenia Juegos for a worldwide release in several languages, which will be available alongside the English version.

For more information about the Sword Art Online The Board Game: Sword of Fellows Kickstarter Campaign visit the campaign page.

Eric Price has this to say: “Sword of Fellows is a great addition to our product line. We are very excited to be able to share it with Sword Art Online and Japanime fans around the world.”

You still have plenty of time to get in on the Kickstarter, so check it out if you haven’t yet.