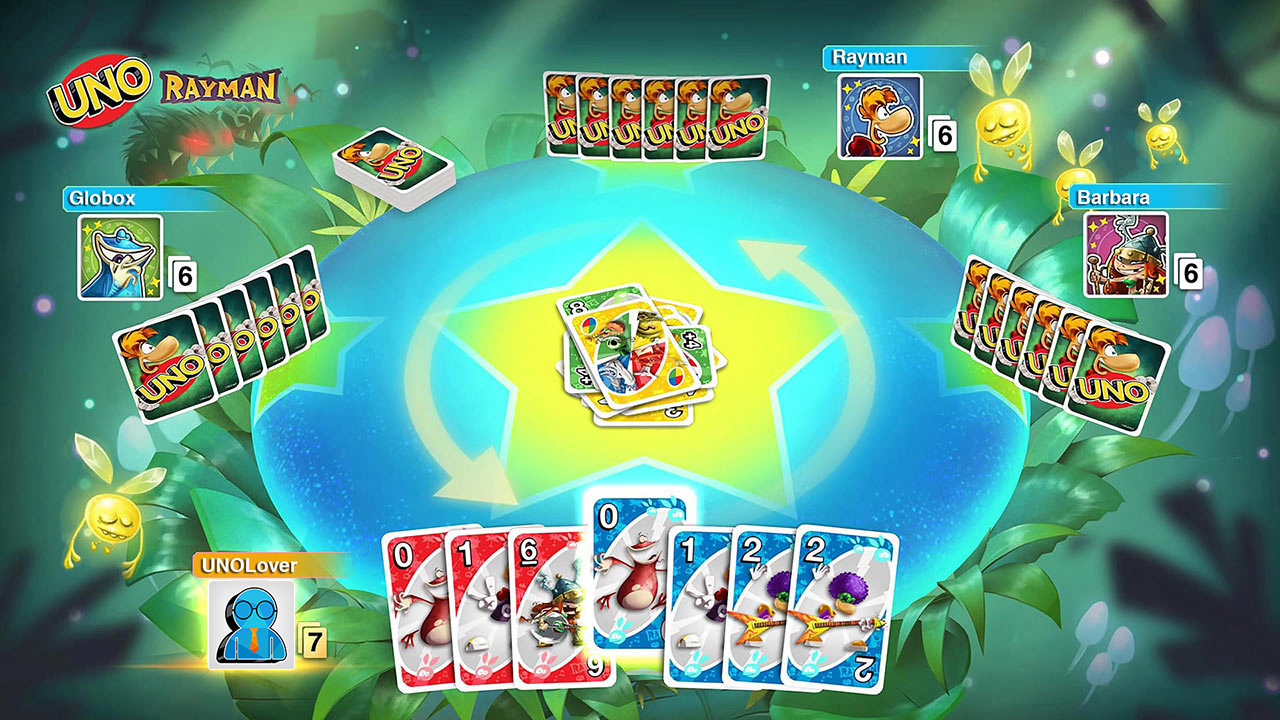 If you want your classic card game fix on the Switch, Ubisoft has announced that it has released Uno for the console on the Nintendo eShop today. The game will also include online modes as well as themes from different Ubisoft games and will retail at $9.99.

The universally known card game comes to the Nintendo Switch with an assortment of exciting features and colorful graphics, including Rabbids®, Just Dance®, Rayman® and Winter themes.

UNO for Nintendo Switch will feature the original gameplay fans know, where players take turns matching colors and numbers – until the player who runs out of cards first wins. In addition, the game offers players the opportunity to interact with friends, family and even gamers globally with the online mode that includes both voice and video chat. The game also features a new Emote system, where players can share how they feel about others by clicking on the emote corresponding to their current mood. Then, this emote will appear next to their name on the screen of every player, each one with its own sound effect. To up the ante, players who strategize and stack their way to winning matches can snag a spot on weekly and global leaderboards.