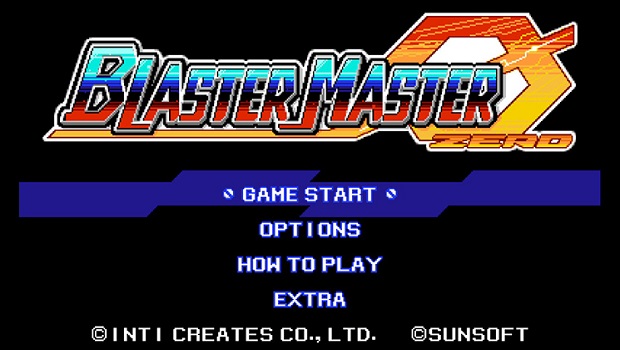 Following the launch of the Nintendo Switch and eShop section, Nintendo announced its new releases for the console today. In addition to the scheduled North American releases of Blaster Master Zero and Voez, the region also gets six Neo Geo games today from the ACA Neo Geo line.

Priced at $9.99, Blaster Master Zero features gameplay inspired from the NES era of action shooters. Based on Sunsoft’s NES classic Blaster Master, players will have to mow through stages and bosses using a selection of weapons. The game features new areas and bosses, as well a robust story and expanded exploration mechanics.

At $25, Voez for the Switch is a complete port of the mobile version, and is the first game to utilize the portable mode of the Switch exclusively (as it uses tablet controls and cannot be played while docked). The game features over 100 songs and no in-app purchases.

Lastly, the ACA Neo Geo line has brought classic Neo Geo games to the Nintendo Switch. Priced at $7.99 each, players can experience Nam-1975, The King of Fighters ’98, Waku Waku 7, Metal Slug 3, World Heroes Perfect, and Shock Troopers on the console.

Stay tuned on Gaming Trend for more Nintendo Switch reviews and news, and don’t forget to check out our reviews for The Legend of Zelda: Breath of the Wild, Just Dance 2017, Super Bomberman R, Shovel Knight: Specter of Torment, and Fast RMX.