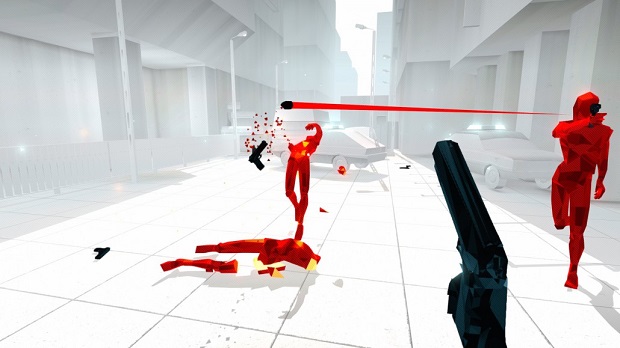 The creators of SUPERHOT, the first-person shooter where time only moves when you move, announced today that the game will be released on February 25.

This release date is for PC, Mac, and Linux. The Xbox One release is slated for a few weeks later. The team has also brought up VR support in the past, showcasing the game in the Oculus VR booth during E3 in 2014, but VR was not mentioned in today’s announcement.

SUPERHOT started as a game jam project in August 2013, then a Kickstarter campaign for a full version of the game appeared in May 2014. Though the campaign goal was only $100,000, backers contributed just over $250,000, and further donations were accepted through the team’s Paypal account after the campaign ended. For more information or a chance to play an early prototype, visit the official website.