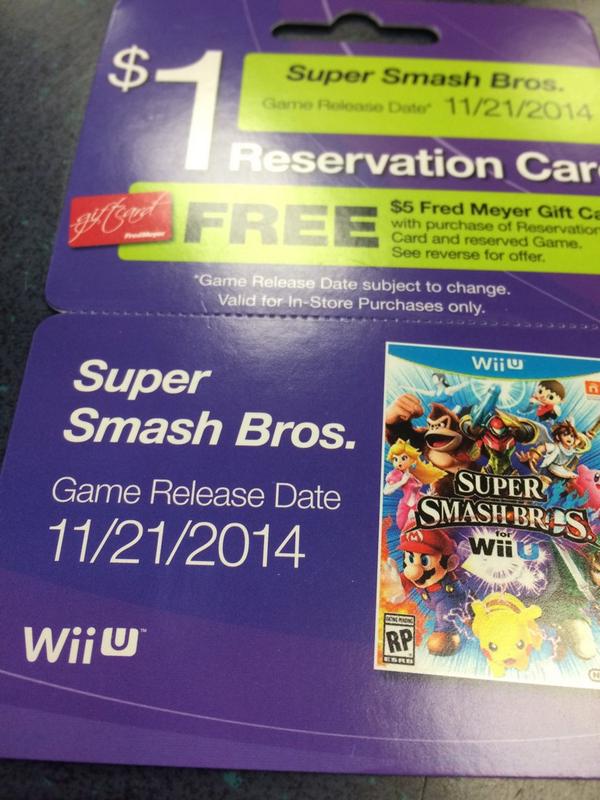 While the 3DS version of the new Super Smash Bros. game has been confirmed for release on October 3rd, the Wii U version of the crossover fighter has been under an ambiguous “Holiday 2014” release umbrella for awhile now. However, it looks like we might have some idea as to when the home console version of the game is coming out if retailer Fred Meyer is to be believed.

Twitter user GodDamnProtoman posted an image of a Fred Meyer pre-order card for Super Smash Bros. for Wii U listing the game for release on November 21st.

This is in line with Nintendo’s projected release window, but there’s been no word from the company as to whether or not this is in fact the release date for the game.

Recently, Super Smash Bros. suffered a massive leak of the game’s roster, which was ultimately confirmed after users on Twitch began streaming the Japanese version of the 3DS game ahead of release.

For more on both versions of Super Smash Bros. check out our preview from this year’s E3.