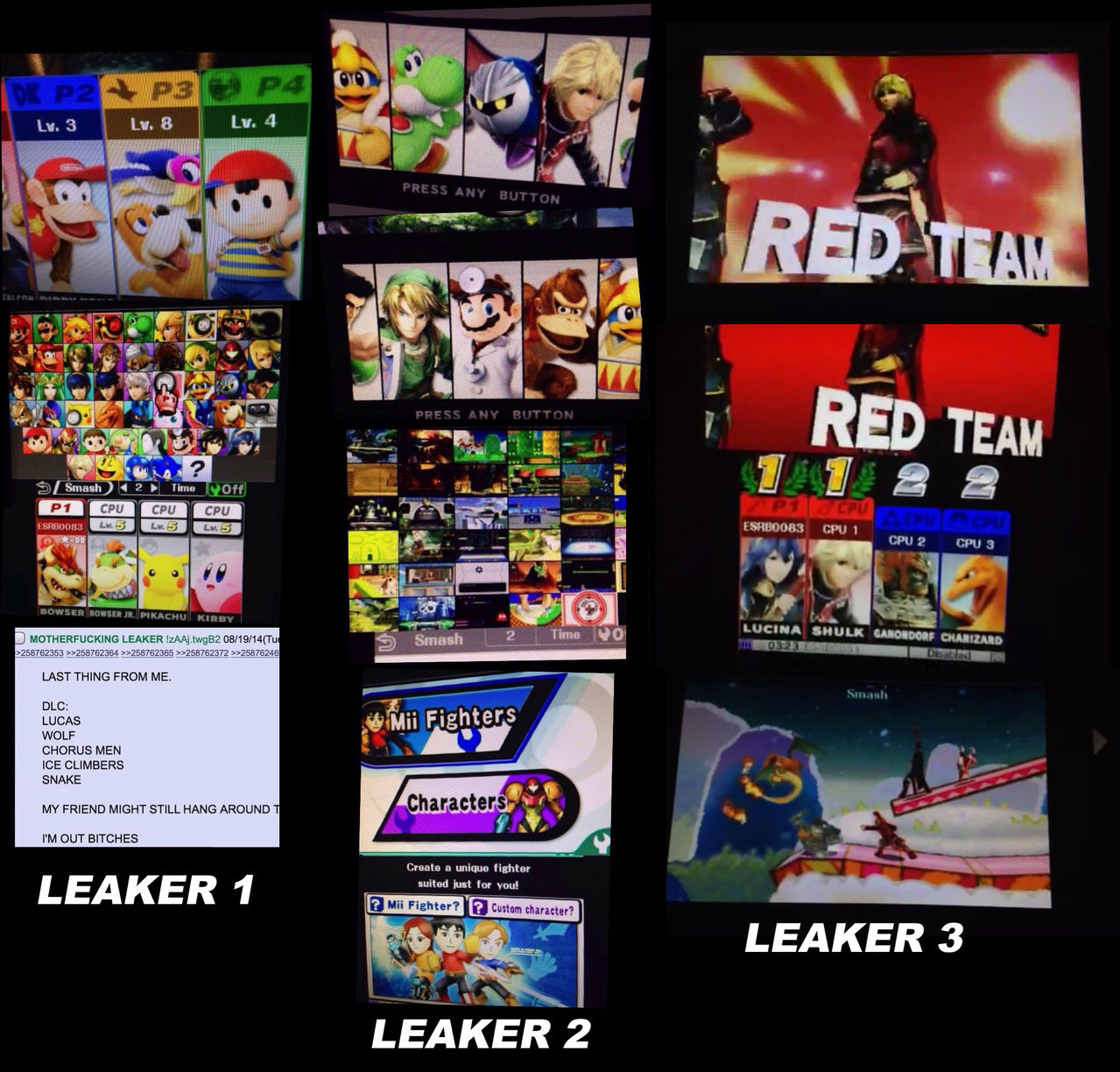 It looks like there’s been a huge leak in the Smash Bros. space. If the leaks below are legit, the entire roster may have been preemptively revealed for the crossover fighter.

The leak contains pictures of the game’s character selection screen [found on NeoGAF], which has many unannounced characters such as newcomers Bowser Jr., the Dog from Duck Hunt and Shulk from Xenoblade. Returning characters seen in the leak include Ness and Ganondorf.

Other than the pictures of the select screen, some convincing videos from the 3DS version of the game containing Bowser Jr. and Shulk were posted to YouTube, adding more fuel to the fire that Smash Bros. roster may have been unveiled in one fell swoop.

The leaker from NeoGAF also states that veterans Wolf, Ice Climbers, Snake and Lucas will be added into the game as DLC, alongside the Chorus Men from Rhythm Heaven.

Super Smash Bros. for 3DS is coming out on October 3rd, and the Wii U version will come sometime after this Holiday season. Nintendo recently revealed the reason for the Wii U version’s release date coming after the handheld version.

For more on both versions of the game, check out our preview from this year’s E3.