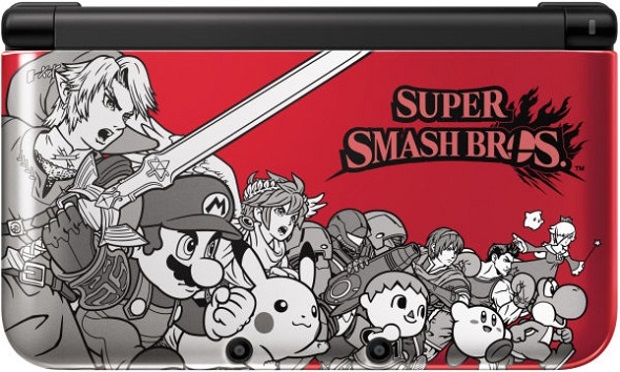 It looks like the Super Smash Bros. themed 3DS XL is coming to the states in a few weeks.

News of this comes from a Walmart ad posted on NeoGAF that lists the stylized handheld for release on September 19th. Nintendo has yet to confirm that the system is coming, but considering how close the date on this ad is, there’s likely to be an announcement very soon.

Super Smash Bros. for 3DS is coming to the states on October 3rd, but the game comes to Japan a week from today, meaning that there will soon be confirmation as to whether the massive leak for the game is entirely real.

For more on the next iteration of Super Smash Bros., check out our preview for both the 3DS and Wii U version of the game from E3.