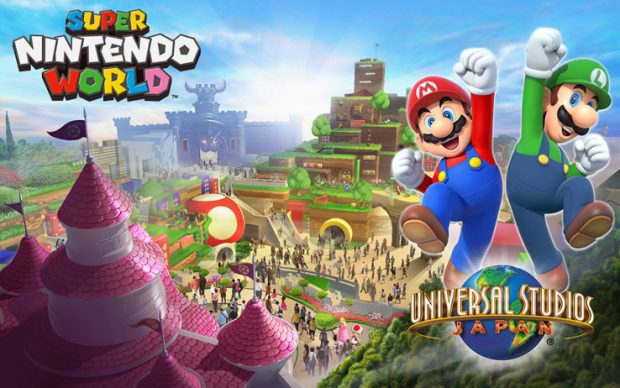 Nintendo released a concept image of the Japan-based park last night via Twitter. The image features iconic structures from the Super Mario series, including what appear to be Peach’s castle, Toad’s mushroom house, and Bowser’s castle. Also shown in the concept image are warp pipes — which appear to be tunnels or archways for park visitors to walk through — life-sized Thwomps, and question blocks.

Today, Universal Studios Japan (USJ) announced in a press release that the park expansion is “targeted to open in time for the 2020 Tokyo Olympics.” As expected, the park will feature Nintendo-themed rides, shops, restaurants, and “interactive areas.” USJ’s announcement also states that Super Nintendo World will feature characters from other famous Nintendo franchises, though no word yet on which games series will appear besides Super Mario.