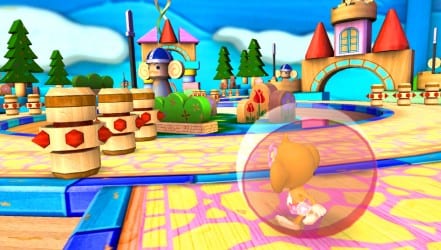 The newest title in the Super Monkey Ball series will be released exclusively for the Playstation Vita this October. The game will feature 100 puzzle stages and eight mini-games.

The game will be controlled using the Vita’s tilt functionality, and the Vita’s camera can be used in the creation of custom stages. The game will also feature online multiplayer. This will be the 17th game in the Super Monkey Ball series