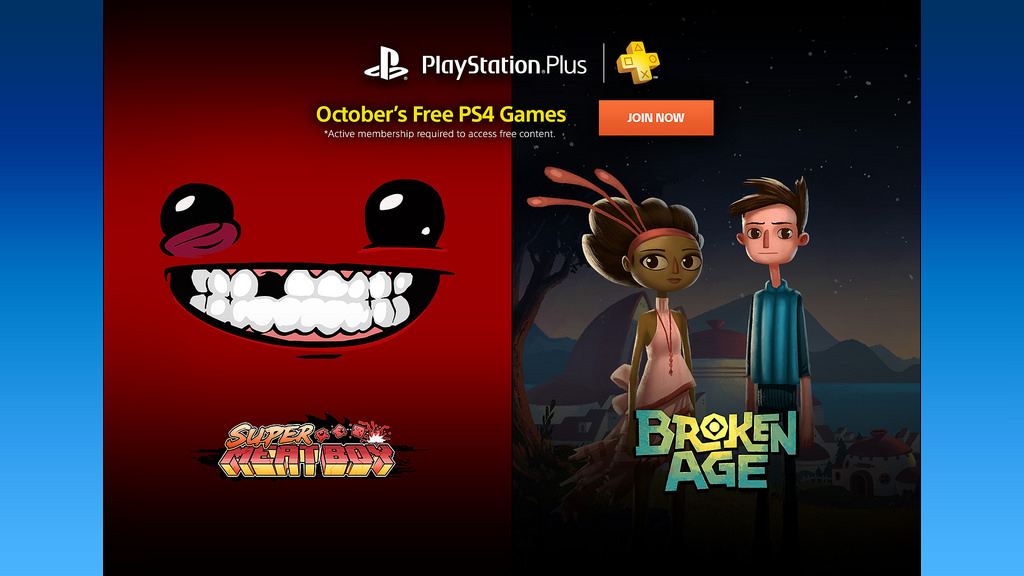 Broken Age and Super Meat Boy lead next month’s free PlayStation Plus offerings, both of which will support cross buy.

Team Meat announced plans to launch Super Meat Boy on PlayStation platforms earlier this year as a PlayStation Plus title, and the game will finally be available on October 6th.

The full list of PlayStation Plus games for October are as follows:

As these games become free, September’s offerings will revert to paid status.