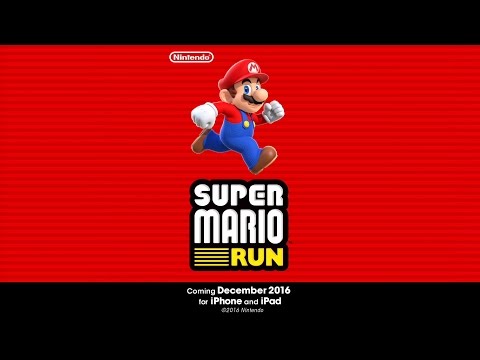 Nintendo announced this morning that its first Mario game on mobile platforms, Super Mario Run, will launch on iPhone and iPad on December 15. The full game will cost $9.99, though it may be downloaded from the App store for free so that consumers may try elements of the three game modes.

Super Mario Run was first announced at an Apple press conference earlier this year, where Shigeru Miyamoto made a surprise appearance to reveal the auto-running platformer. Miyamoto — who lead development of the mobile game — said that the game is designed to be played with one hand and will feature confined levels (i.e. not an endless runner). Nintendo also plans on releasing mobile games from the Animal Crossing and Fire Emblem series.