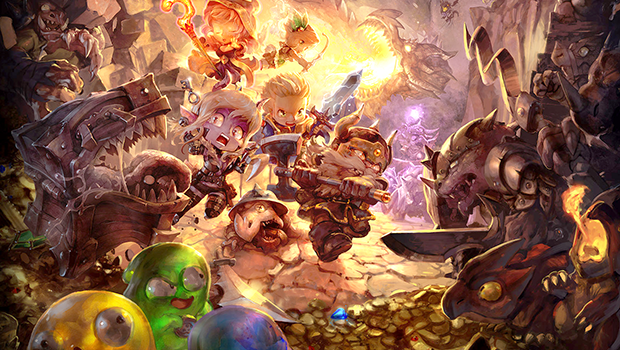 Underbite Games brings a board game twist to turn-based strategy video games in Super Dungeon Tactics. Upon entering the magical world of Crystalia, players will customize dice, which are unique to each of the games 16 characters, and roll these dice during battle. Each roll will provide characters with a special ability or boost for that turn. Rolls don’t just impact the player’s team; enemy monsters get to roll dice as well, infusing the gameplay with both strategy and chance.

Taking on the role of Guild Leader, players will select missions and send teams of four characters off to explore dungeons, battle the Dark Council’s evil forces, aid villagers, and collect bounties. Super Dungeon Tactics has removed the need to grind in order to keep team members equally leveled by tethering the leveling system to gear which can be freely swapped between characters. Players can stock up on useful gear inside the ever-changing dungeons, which are just waiting to be explored through main story missions, side quests, and random bounties.