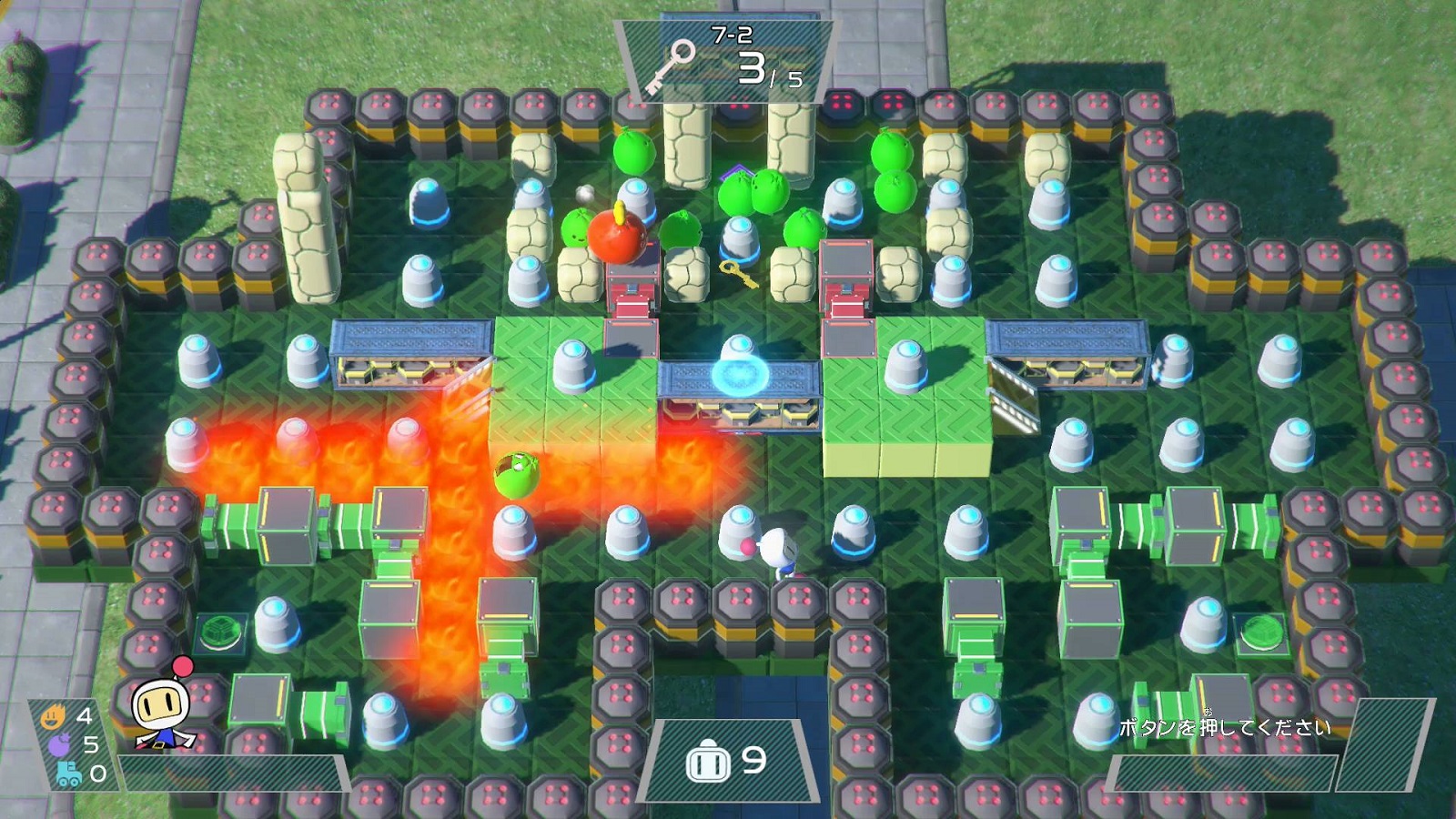 If you’ve shelved your copy of Super Bomberman R since launch, prepare to take it out again as Konami has announced that it released a new update to the Switch-exclusive title. According to the official Bomberman Facebook page, the game’s new update is available now and includes a litany of new features, most notable of which are a new story world and Grand Prix mode.

The wait is OVER! Monster new Super Bomberman R patch is out and live today! The hype is real with:
– New World 7 Story and bosses
– Nine New Characters
– New Unlockable Pets that will keep you company
– New Playable Multiplayer Maps
– A Whole New Game Mode for 3v3 play in the Grand Prix!
– Fresh Arena style Maps

Grand Prix mode is a team versus mode that pits two teams of up to 3 players each to battle it out in different arena stages using new characters with special abilities. The Grand Prix mode includes several matches:

– “Crystal” Match – two teams compete to earn points by collecting crystals. Watch out for bombs! If you’re blown away you lose half of your crystals. The team with the most points at the end of the round wins.
– “Basic Bomber” Match — two teams compete against each other using standard Bomberman rules. Each team begins with a set number of lives. To win, take out your opponents to earn the most points before the time runs out.

While the original game was a tad barren, it’s great to see Konami putting much love into Super Bomberman R after release. Stay tuned for more news here on Gaming Trend.