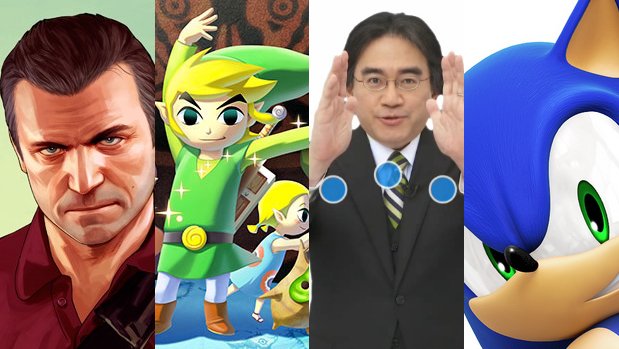 In a week filled with so much gaming news, it’s amazing that one new release can have such a remarkable impact, overshadowing everything else. That’s right. I’m talking about Farm for your Life. Ahem, I mean, the $1 billion dollar elephant in the room, Grand Theft Auto V. GTA V is one of the most touted games this generation (so long as you don’t install the second disc on your Xbox 360), and will be occupying gamers’ consoles for months to come. To read more about GTA V, check out Gaming Trend’s full review. And while a full week of GTA V would be awesome, there’s plenty of other news to discuss outside of Los Santos. So let’s put the wind to our sails and leave nothing in our wake.

In other Nintendo news: a Nintendo Direct was released on September 18, 2013, detailing upcoming titles like the Wii Fit U and Wii Sports Club. Satoru Iwata announced that Wii Fit U will be free for one month, and then you must either purchase the [singlepic id=

full version or unlock the full version with a $20 accessory called the Fit Meter. Wii Sports Club is an HD remake of the original Wii Sports (2006). You can now take your Wii bowling skills online and “battle” your friends. Nintendo has implemented a pass purchasing system, aka microtransactions, where you can either buy each sport for $9.99 or rent all the sports for 24 hours for $1.99. Will these features be enough to bring this casual classic back into the homes of millions of gamers and their families? We’ll have to wait and see for when the game releases on November 7, 2013.

Another classic sports title that is being brought back is NBA Live 14. Wait, NBA Live 14 is real? On September 16, EA SPORTS NBA took to Twitter for a live Q&A session, and Gaming Trend was on the ball with bringing you the latest info and a screenshot, yup, one screenshot. Since then, EA Sports has released a gameplay trailer complete with a rap song and a dunk tease. Everybody say, Ooooooo…

… lets keep it going, oooooou…yyyaaa. The Ouya is making some big changes to their Free the Games program. Head honcho Julie Uhrman released a blog post detailing the update and how it will make the program “work better for you.” Julie insisted that Ouya believes in the Free the Games program and that they will not be pulling it.

The Diablo III auction house is being pulled. Blizzard released an update on their battle.net blog stating that the auction house will be shut down on March 18, 2014. Along with the Reaper of Souls expansion and the Loot 2.0 update, Diablo III developers are hoping these changes will get players back to the grind of slaying demons for epic loot.

Meanwhile, Warhammer Online will be shutting its doors forever. Any time a game shuts down it has a deep affect on those involved, both creators and players.

they put their heart and soul into trying to make this beautiful IP a living and breathing universe.

Taken from this heartfelt letter written by the game’s producer, Carrie Gouskos, she tells about her experiences with the game and what it meant for her.

Warhammer Online players will be logging on for the last time on December 18, 2013.

Some old friendships may be coming to an end, but new ones are just beginning. In a recent acquisition, SEGA purchased Atlus for 14 billion yen ($140 million US).

What has two thumbs and wants a Persona/Sonic crossover kart racing mobile MMO? This guy!

Going back to things that might actually happen… Battlefield 4 announced its beta plans: the exclusive beta will start on Oct. 1 and the open beta will begin shortly after on Oct. 4. The multiplayer will feature a variety of close-quarters combat and large-scale battles across ten maps and seven game modes. As much as I despise the word ”levelution,” I will admit that the variety of ways the player can interact with the environment looks to add a new layer of strategy to the gameplay.

On the other side of the world, the Tokyo Game Show began this week on Thursday, September 19, and is running through Sunday, September 22, with pre-show trailers spilling out onto the internet as early as Wednesday. The four day event revealed a ton of new content coming out of Japan and showed that the land of the rising sun is still a major player in the videogame industry. Check out our comprehensive TGS coverage for more.

Despite all the excitement at TGS, there was also some sad news to come out of Japan. Hiroshi Yamauchi, president of Nintendo for more than 50 years, tragically passed away this week at the age of 85. Yamauchi-san was an industry icon and was responsible for turning Nintendo into the videogame powerhouse that it is today. He will forever be remembered as a visionary in the videogames universe.