Strider is one of those titles that everyone with a Sega Genesis pulled out to show off what that hardware could do.  It’s been a long time since those days, but the team at Double Helix and Capcom have teamed up to reinvent the titular assassin, bringing it to PlayStation 4, PlayStation 3, Xbox One, Xbox 360, and PC.   We’ve got a launch trailer to show off the game in action, but David Roberts, our Lead Editor, is also streaming it right now on Twitch!  Here’s what we know about this awesome looking title:

Strider features the same franchise hallmarks of fluid, lightning quick side scrolling combat and free-flowing traversal through the expansive interconnected metropolis of Kazakh City. Perform breakneck acrobatic jumps and mid-air flips while slicing through Strider’s varied enemy types with Hiryu’s indestructible ‘Cypher’, a plasma charged weapon that can take on a number of properties. Alternatively, use the climb sickle to gain the high ground, and hit enemies with a surprise Kunai attack or call on support companions for some extra muscle when the going gets tough. Strider is developed by Double Helix Games, in conjunction with Capcom.

Once players have mastered the art of performing breakneck acrobatic jumps, mid-air flips and sliced their way through hundreds of enemies there’s plenty more fun for the ultimate ninja hero to have. Players can put their skills to the test in Beacon Run – a “speed run” race style mode that gives players a white-knuckled experience challenging them to hit consecutive checkpoints while slicing through enemies in the shortest amount of time. Survival Mode tests players’ combat skills with a variety of different item and ability load outs, as waves of progressively difficult and diverse enemies converge on Strider Hiryu.

We’ve also got some sweet screenshots to share with you.   For a low price of $14.99 it’s hard to beat, and the solid review scores (in the 90% range currently) are certainly encouraging. 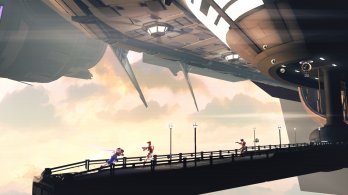 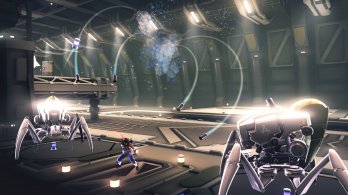 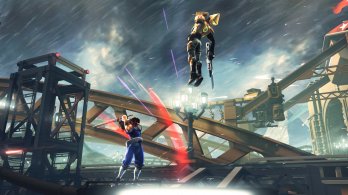 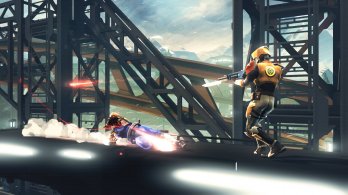 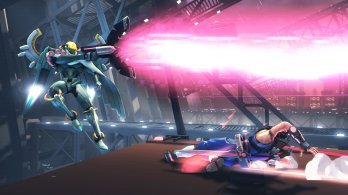 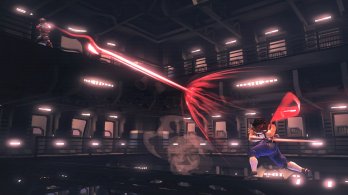 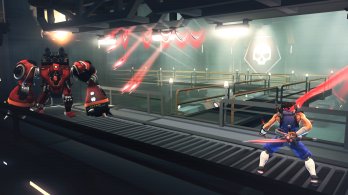 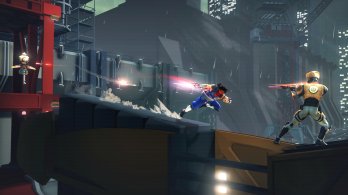 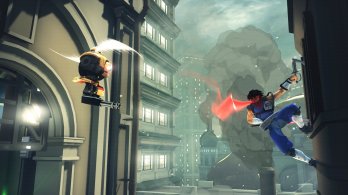 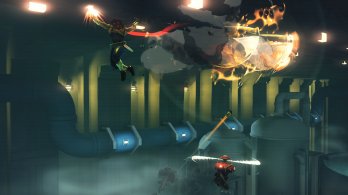 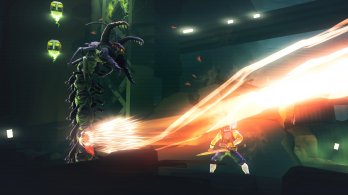 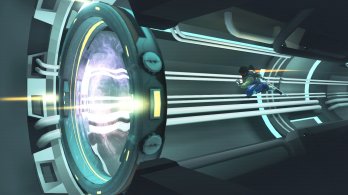 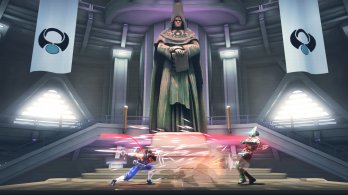 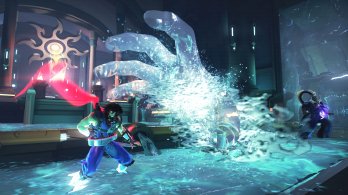 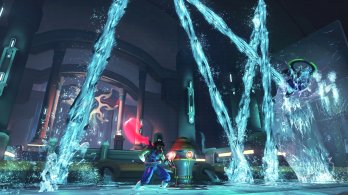