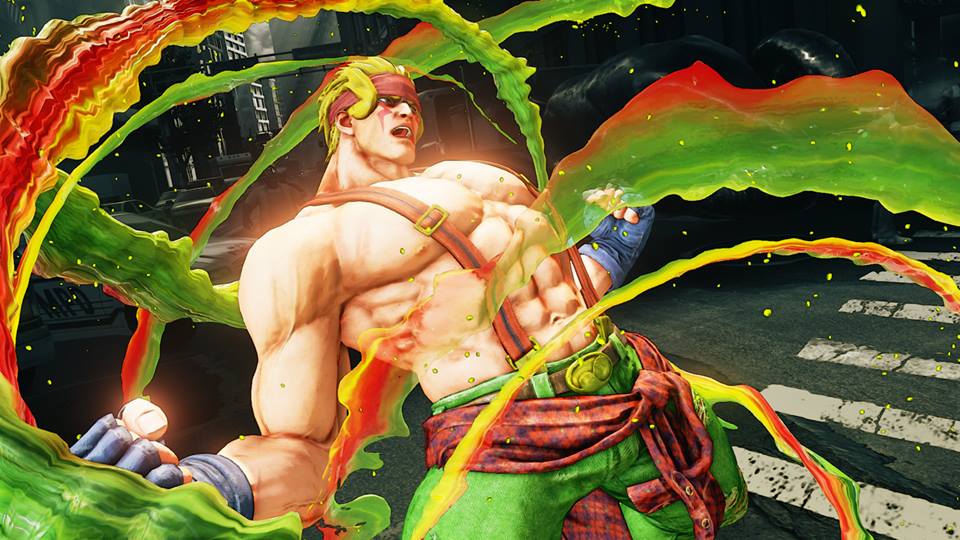 Capcom has released new details about its March update for Street Fighter V, which is now being divided into two separate updates that will take place next week.

The first update will launch on March 28th and will bring the majority of the new content coming to players this month. This will include Challenge Mode and Trials, as well as online rematches and the addition of 8-person Battle Lounges.

The second update will come on March 30th, and will bring first DLC character Alex to the roster and access to the in-game shop. DLC characters, costumes, and other content will all be available to purchase with earned Fight Money starting on the 30th, while Capcom has made the decision not to include the option to purchase content with real money (called Zenny in-game) just yet. The company stated on the Capcom-Unity blog that this decision was made in order to ensure this means of purchasing add-ons was properly optimized, and would be added in a later update.

As such, Alex will be available as a free trial for all players once he is added, giving those without the Fight Money necessary to purchase him a chance to try him out until he’s made available through real-world currency. Capcom states that this will be the case up until the Zenny shop is made available, meaning that future DLC characters will be available as a free trial should the option not be implemented by the time future characters launch. Also available for free will be Ryu and Chun-Li’s story mode costumes, saving all players 80,000 Fight Money.

Street Fighter V is available now on PC and PlayStation 4, and will be supported for the next several months by updates like this one.