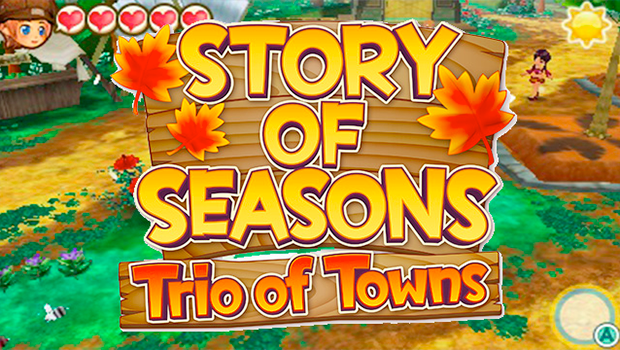 Xseed Games has announced that Story of Story of Seasons: Trio of Towns will release in the US on February 28th. Known in Japan as Bokujō Monogatari, and previously known in the US as Harvest Moon, Trio of Towns will be the second game released in the US under the new Story of Seasons title. Trio of Towns promises to be the biggest Boku game yet, with three towns to explore, a large variety of pets which will follow your character through town, the ability to customize and decorate your house, and 14 eligible bachelors and bachelorettes which you can woo. Along with the release date, Xseed Games released a new trailer, the first since E3.

Story of Seasons: Trio of Towns was released in Japan on June 23rd, 2016. It will be coming to North America for the 3DS on February 28th for $39.99. There is not currently a release date for Europe. You can learn more about the game, and more specifically the may breeds of cats, dogs, and the newest addition, the capybara, at the Story of Seasons: Trio of Towns Localization Blog.