There are a great deal of awesome Disney characters, so it’s no surprise that they’ve selected two of their best and brightest to join Disney Infinity (2.0 Edition).  I’m talking about ultra-cuddly but totally lethal Stitch from Lilo and Stitch, and fairy dusty tossing Tinker Bell from Peter Pan!  Joining the recently-announced Merida, Maleficent, and all of the characters from the original Disney Infinity and Disney Infinity: Marvel Super Heroes when the game releases this fall.   Here’s a bit about the characters, though you likely already know them very well:

Stitch: The lovable “experiment 626″ from the popular “Lilo & Stitch” films comes to the Disney Infinity Toy Box 2.0 along with his trusty cosmic blaster and the ability to super jump to galactic new heights.

Tinker Bell: One of Disney’s most iconic characters, Tinker Bell enters the world of Disney Infinity with her magical healing Pixie Dust and the ability to glide to the stratosphere for fast-flying action.

We’ve also got some screenshots to go along with the video above.  In addition to the trailer, the new asset pack includes Stitch and Tinker Bell’s character images and screenshots which you can check out below.

Disney Infinity 2.0 is slated for Xbox One, PlayStation 4, Xbox 360, PlayStation 3, Wii U, PC, iOS, and Nintendo 3DS this fall.  You can check out our hands-on preview of the game right here! 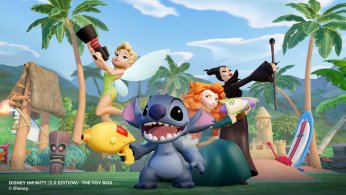 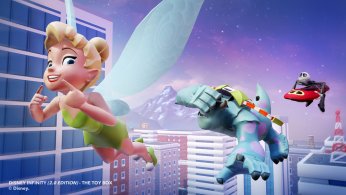 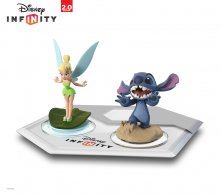 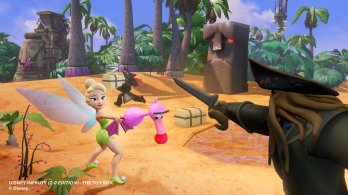 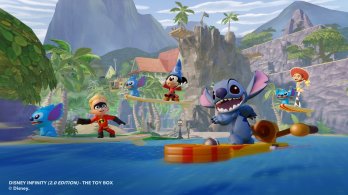