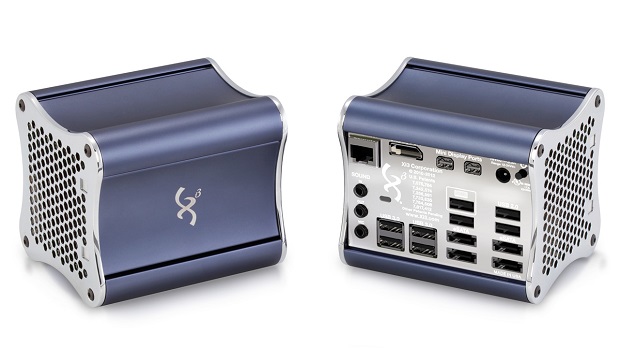 We expect to see more about the Piston at SxSW, but until then, we know that all models come with 8GB RAM, and a 3.2Ghz Quad Core (R464) processor.  I have to say that the engineering that put that hardware in a box the size of grapefruit is pretty amazing, and the designers seem to agree.  They see a need for a console/pc hybrid.

Clearly, the computer/video gaming market is huge, both in the personal computer and traditional console markets,” Sullivan stated. “That being said, we believe there is a crying need for a machine that captures the best of both worlds, with the upgradeability of computer gaming rigs and the design and form factor of consoles. We believe our PISTON Consoles do exactly that—deliver the beauty and small size of consoles with the upgradeability of computers.”

If you wanted some good news, you’ll be able to save $100 by pre-ordering your Piston before the end of South By Southwest.  You’ve got until 11:59 CST on Sunday, March 17 to decide whether to pre-order if you want the discount.  Better make up your mind quick.