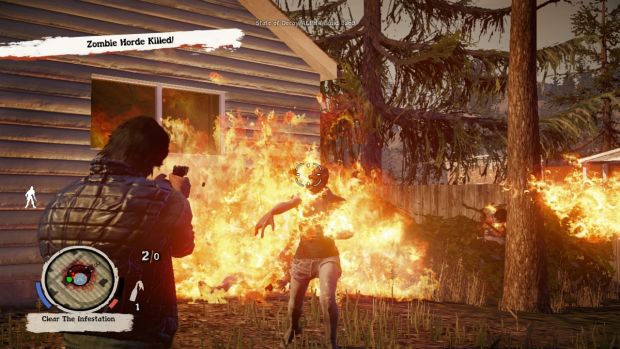 It’s time to dive back into the zombie adventure that seemed to blossom out of nowhere a little less than a year ago as Undead Labs has announced an expansion to State of Decay, entitled State of Decay: Lifeline.

This expansion will do a variety of things, namely show you the zombie invasion from the military side of things. You will control “Greyhound One,” a small military unit that has been sent to the desolate city of Danforth in hopes of rescuing valuable scientists. The progression is being pitched as the “inverse of the usual progression,” meaning you begin with a variety of items but as the zombie invasion becomes worse and worse, you must improvise as your resources become more and more inaccessible.

In zombie fiction, the military is often the go-to badguy. They’re the hammer to which every problem is a nail, blindly mowing everything down to serve some unknown goal.

But this view is fairly one-sided and naïve. On the State of Decay team, we have a different perspective (some of us firsthand) — the military is made up of many good men and women who stand on the line that divides safety and civilization from chaos and war.

Few people have a greater opportunity to make life-altering choices than soldiers. They’ve played that role as side characters in the original State of Decay...but now we are adding a new story, in which you take on that responsibility yourself.

No release date or price was announced but Undead Labs did promise to release more about the upcoming expansion in the coming weeks.