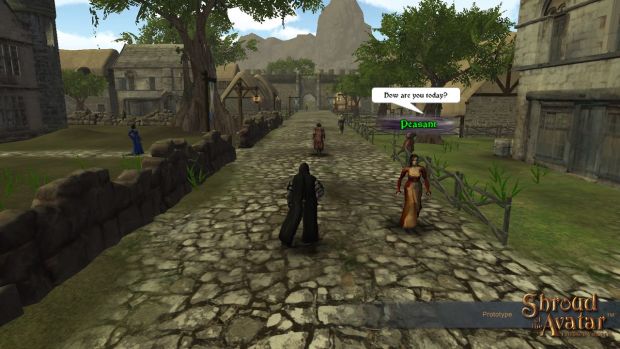 Today at RTX 2013 Richard Garriott revealed that he and Starr Long will be working together once again. If you recall, the last time Garriott and Starr worked together they created a little thing- you may have heard of it- Ultima Online. In addition to the announcement of Mr. Long’s return to the fold, Garriott and his company Portalarium will be showing off a demo for Shroud of the Avatar, the successfully kickstartered spiritual successor to Ultima.  A quick rundown of Mr. Starr taken from the press release revealing this announcement:

Starr is a 20-year veteran of the gaming industry. He started his career at Austin’s legendary Origin Systems studio where he worked directly with Garriott to produce and create Ultima Online, which continues its position today as the longest running massively multiplayer online game ever. In 2010, Ultima Online was inducted into the Online Game Developers Conference Hall of Fame, becoming the first MMO to be so honored. Starr later helped co-found Destination Games with Richard and Robert Garriott (the company was soon acquired by NCsoft) and as producer he again collaborated with Richard Garriott on the futuristic MMO game, Tabula Rasa. In 2008 Beckett’s Massive Online Gamer magazine named Starr Long as one of the Top 20 Most Influential People in the massively multiplayer online industry.

Starr has spent his last four years at Disney working on games like Pirates of the Caribbean Online, Toontown, and Pixie Hollow. Starr’s comments on joining back up with Garriott:

I am thrilled to be moving back to Austin to partner with Richard on his next fantasy role playing game,” said Starr. “Richard’s ideas for remaking the genre are well aligned with where the industry is today in terms of technology and design. It is really exciting to know that we are creating Shroud of the Avatar with the idea of bringing back the concepts and principles that Richard used successfully in making his Ultima series. With all of that said, what I most look forward to is working directly with the community to make the product they want, which is the real power of crowd funding.

Shroud of the Avatar is currently scheduled to be released in Q4 2014. Garriott will be formerly introducing Starr at his RTX presentation airing tomorrow here at 4:30 pm