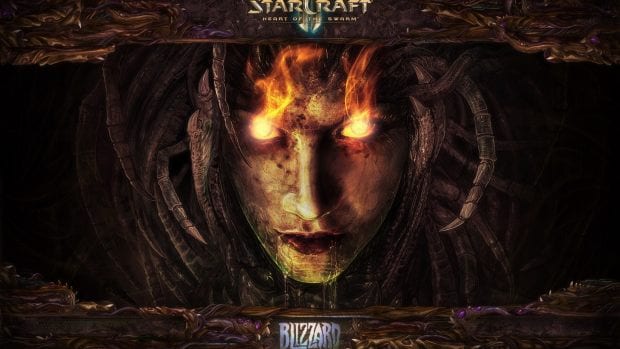 There are a handful of companies or game series titles out there that get my dollar every time.   Not only get my dollar, but also get extra because I always buy the Collector’s Edition.  Assassin’s Creed, Fallout 3, The Witcher 2, Epic Mickey, Guild Wars 2, Warhammer Online, God of War III, Star Wars: The Old Republic, Diablo III, and StarCraft II all gave my wallet a friendly squeeze and I couldn’t be happier.  While some of these games didn’t quite live up to their potential, the art books and extras have always been worth every penny.   Well, if you are like me, you’ll be excited to see that StarCraft II: Heart of the Swarm Collector’s Edition

is now available for pre-order from Amazon.   Focused on the Zerg campain, here’s the short synopsis of the story:

Heart of the Swarm picks up the story of StarCraft II where the 2010 release, Wings of Liberty, left off, focusing on Kerrigan’s quest to reunite the Swarm and exact revenge on Arcturus Mengsk. Over the course of 20 campaign missions, players will follow Kerrigan as she sweeps across the galaxy, incorporating a variety of distinctive zerg species into her brood. Kerrigan will grow in strength from mission to mission, and players will be able to customize her with powerful new abilities, as well as evolve various zerg strains into fearsome new subspecies to suit their play style.

The game has been confirmed for March 12th (which is getting to be a VERY busy month, by the way) – don’t miss your chance to snap this up.  If it’s like other Blizzard CEs, this won’t be on the shelf long.