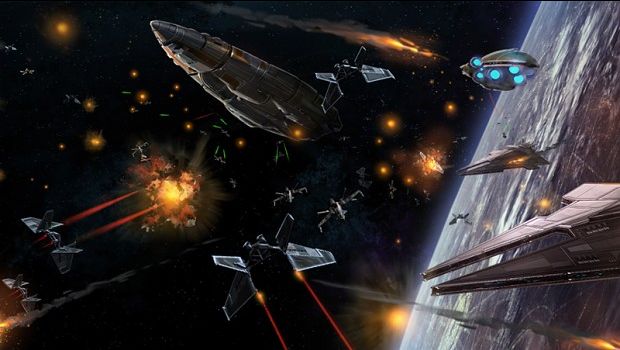 Prepare to put your Jedi reflexes to the ultimate test. Experience dogfights in the Star Wars universe like never before with the newest expansion pack for SWTOR coming soon.

Join the battle and customize the ultimate starship to become a legendary Starfighter pilot in the Star Wars™: The Old Republic™ universe! Today, BioWare™, a division of Electronic Arts Inc. (NASDAQ: EA), and LucasArts announced that Star Wars: The Old Republic is adding Player-vs-Player (PvP) combat in the Free-to-Play Digital Expansion, Galactic Starfighter. With a variety of unique starships, a wide set of customization and upgrade options, multiple battle zones and gameplay modes, Galactic Starfighter brings the thrill of epic 12v12 space battles to Star Wars: The Old Republic for the first time.

Active Star Wars: The Old Republic subscribers will be offered Early Access starting December 3 and Preferred Status Players* on January 14. Galactic Starfighter will be offered as a Free-to-Play Digital Expansion available to the public beginning on February 4. Each group will also receive special in-game items as part of this Early Access opportunity. As a special benefit, active subscribers as of November 1 will receive an exclusive Galactic Starfighter early Gunship unlock and custom Gunship paint jobs**

Members that pay for their subscriptions will have earlier and additional benefits compared to Free-to-Play members:

Hold your anticipation for just a few more months, then you can show who the true masters of space are. For more info about the expansion pack, visit: www.StarWarsTheOldRepublic.com/galactic-starfighter