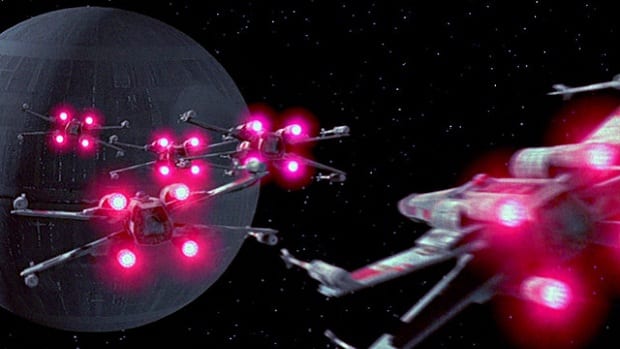 Kickstarter has always played host to some interesting projects, but this may be the first time that the fate of the galazy depends on the outcome. A few days ago, soon after the White House refused to fund the construction of a Death Star because “The Administration does not support blowing up planets”, the Galactic Empire took their plea to Kickstarter. For £20,000,000 (about $31,000,000), the project promises “more detailed plans and enough chicken wire to protect reactor exhaust ports”. It will take reaching the stretch goal of £543 quadrillion ($850,000,000,000,000,000, $850 quadrillion) to actually construct the Death Star and while that might sound like an impossible amount to us, the Rebel Alliance isn’t taking it lightly. They responded with their own Kickstarter to fund an X-Wing squadron.

You can visit the Death Star Kickstarter here, the X-Wing Squadron page here, and find out about more interesting projects on the site here. The tongue-in-cheek campaigns will duke it out on Kickstarter over the next 48 days or so, but with such lofty goals it’s intentionally unlikely that they will be funded. At least, for the sake of galactic peace, we hope that’s the case.