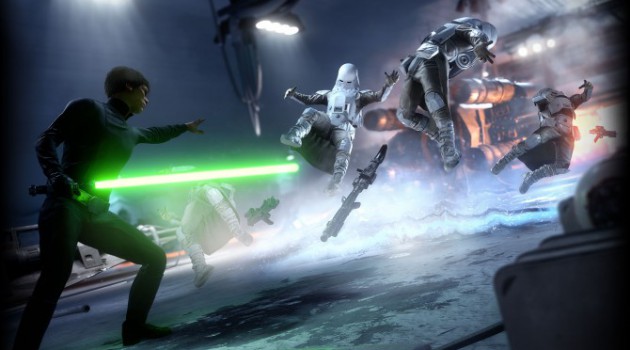 Electronic Arts CFO Blake Jorgensen recently spoke out about how Star Wars Battlefront was designed to be more “accessible,” and how it may lack a level of depth some players were looking for.

Speaking at the Nasdaq Investor Conference (via GameSpot), Jorgensen points to the fact that Battlefront is one of the only “Teen” rated first-person shooter games on the market right now. EA designed the game as such to be accessible to a larger age range.

“So, an 8-year-old could play with his father on the couch, as well as a teenager or 20-year-old could play the game and enjoy it,” Jorgensen said. “It is more accessible. And for the hardcore, it may not have the depth that they wanted in the game.”

You can check out Gaming Trend’s review of Battlefront, where we criticized the game’s shallow progression, but felt it was a worthy homage to the original trilogy.