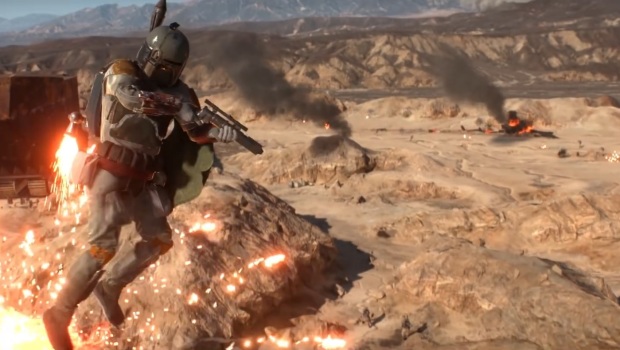 Star Wars fans will have a chance to try out an open beta for Star Wars Battlefront this October.

From October 8th – 12th, players will have the chance to try out three game modes, EA explained in an announcement. The “Walker Assault on Hoth,” a 40 player battle featuring Y-wing bombers and AT-AT’s, an eight vs. eight “Drop Zone on Sullust,” and a solo or co-op “Survival Mission on Tatooine” will all be available during the open beta. Players will be able to progress to level five and unlock items, though no progression will carry over when the game launches.

The beta will be available for PS4 and Xbox One as a 7GB download and Origin for PC at around an 11GB download.

Star Wars Battlefront is coming to PS4, Xbox One, and PC on November 17th.