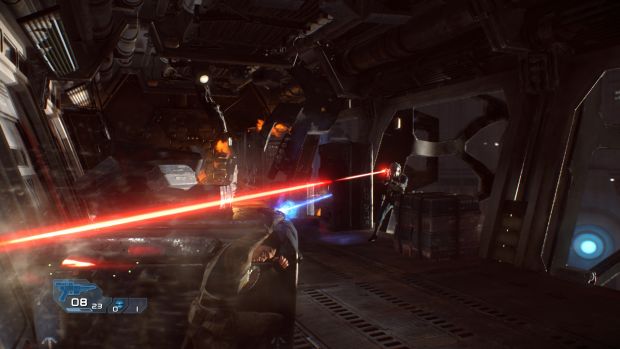 We hoped for it, and after a new Inquirer story regarding LucasFilms, we now know that Star Wars 1313 is still in production. The game was originally shown back at E3 2012 and immediately got everyone excited for the project. It looked gorgeous and, at least we assumed at the time, was one of the first next-gen products being put before our eyes. After LucasArt’s was shut down in April 2013 it seemed like the project was dead, but nay says Lucusfilm.

“There’s so many things that you can do with the fact that video graphics is going to be real-time and not this post-process that we’ve had traditionally,” he added. “If you combine video games with film-making techniques, you can start to have these real deep, multi-user experiences. Being able to animate, edit and compose live is going to change the way we work and it’s really going to bring back the creative experience in digital effects. To wrap up Libreri showed off a video demonstrating Lucasfilm’s “performance capture stage” driving the game engine for 1313, which is still in production.
The release date remains unknown for Star Wars 1313 but we will obviously update you as this story develops.