Fans of the JJ Abrams remake of Star Trek are already looking forward to Star Trek 2, but now they will should be twice as excited since a prequel to the movie is going to be released via Star Trek the video game.

Update: Actors Chris Pine and Zachary Quinto are confirmed to be reprising their starring roles for the game.  More details inside!

With a storyline occurring after the events of J.J. Abram’s 2009 Star Trek reboot, the Star Trek video game puts players in the shoes of seminal heroes Captain James T. Kirk and Mr. Spock, inviting them to work together to take on the ferocious Gorn in this epic action adventure.  Built from the ground up as the ultimate co-op experience, players are set on a journey of immense proportions across unexplored planets and enemy battleships with the latest 23rd century weapons and gear. Kirk and Spock’s complementary personalities result in the most fully realized and varied co-op experience for this console generation.

The Gorn are certainly a Star Trek race that could use some more love. Not much else is known about the title at this point, but take a look at the screens below to see how closely the developers nailed the look of the film.

Additionally, Namco Bandai has ended more than a year of idle speculation by announcing that Chris Pine and Zachary Quinto will be lending their voices and likenesses to the game.

“We are thrilled to have these incredible actors, lending their voice to the legendary characters of Kirk and Spock in the video game realm,” said LeeAnne Stables, Paramount Pictures’ President of Consumer Products and head of the studio’s video game unit. “Players are in for a truly authentic experience with the combination of talent we have assembled bringing this action adventure game to life.”

In addition to Pine and Quinto, other actors from the 2009 film are depicted in the game including actress Zoe Saldana, in the role of Lieutenant Uhura, Simon Pegg as the benevolent Scotty, Karl Urban as the beloved Dr. “Bones” McCoy, John Cho as Sulu and Anton Yelchin as Chekov.

Check out the full Press Release below for the full story. 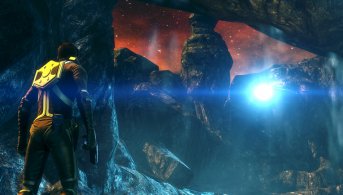 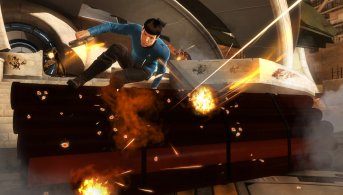 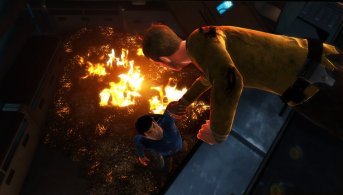 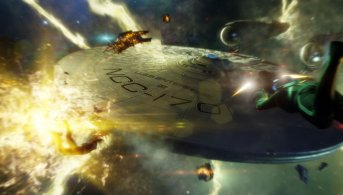 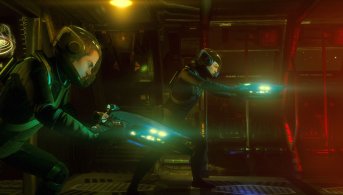 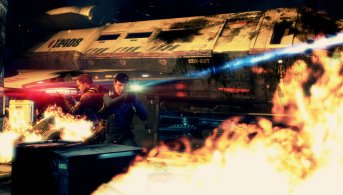 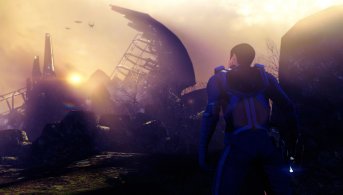 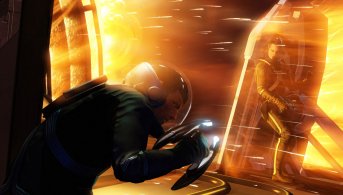 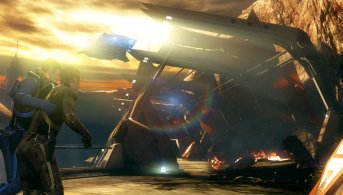 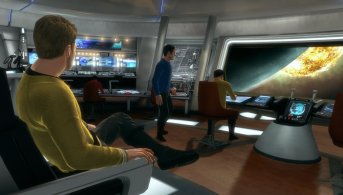 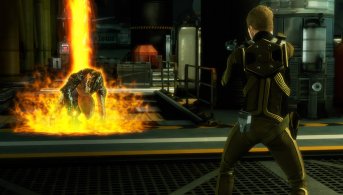