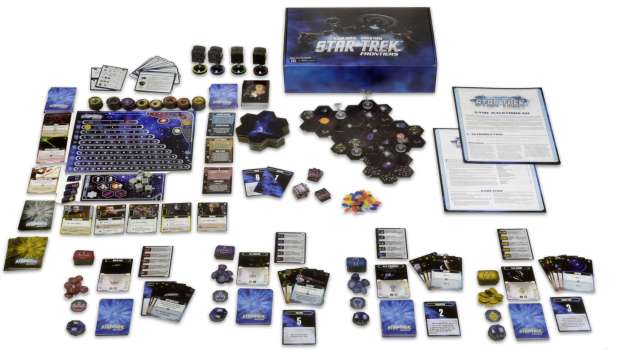 The Star Trek series seems to have had a bit of a resurgence recently.  While some of the press has been unfavorable due to the new restrictions for fan films, several games have been released with the license.  One of the ones I’ve been looking forward to is Star Trek Frontiers, and it is now in stock in stores.

Star Trek: Frontiers hits stores today, and is designed for 1 to 4 players with multiple competitive, cooperative and solo scenarios.

Work together to defeat hostile ships or compete to explore and uncover hidden mysteries. Players will need to overcome obstacles to expand their knowledge and use their leadership as they adventure in order to be victorious in their exploration!

This game uses the same engine as Mage Knight, but the Star Trek theme looks to fit the game better.  With a wide variety of play styles and solo play, it looks to be a great value for the money.