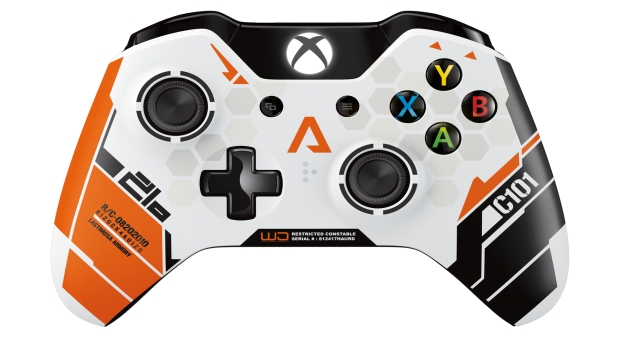 Titanfall is right around the corner, and we absolutely cannot wait to jump behind the controls of giant stompy mechs once again.   Today we’ve got the announcement that Respawn and Microsoft are teaming up to bring a Titanfall controller to the Xbox One version of the game.  Let’s hear from the folks at Respawn about this collaboration to bring us what will likely be a must-have for most Xbox One owners.

“In a collaborative effort with the Xbox design team and the Respawn art department our goal was to create a controller that feels as if it is a piece of military spec hardware transported from the universe of Titanfall and into players hands,” stated Joel Emslie, Lead Artist at Respawn Entertainment.

Designed by Respawn Entertainment, the sleek controller was inspired by the C-101 carbine, used by the elite IMC titan pilots of the Frontier. Crafted in striking detail for maximum authenticity in color and graphics, it looks and feels like an artifact from the world of Titanfall and is a must-have for every Titanfall fan!

We gave Titanfall our Game of E3 2013, and it’s VERY easy to see why.   If you’ve missed our ongoing coverage of the Titans themselves you can check that out right here, but you absolutely must take a look at the controllers below.  You can pick up your copy on March 11th in North America and March 13th in Europe, day and date with the game. 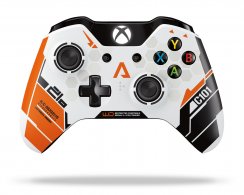 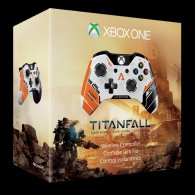