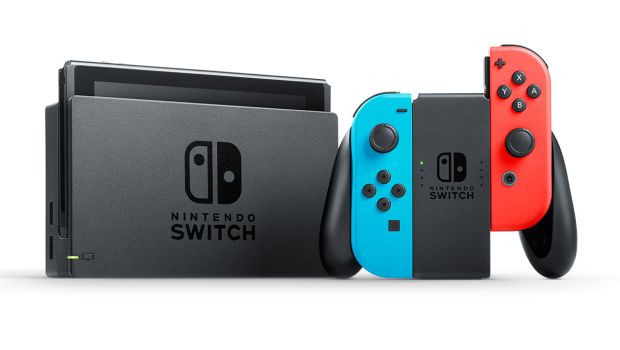 Nintendo had a robust showing at this year’s PAX, with a total of eight demos available for the public, and I braved the lines to preview them. This year was all about the Switch, and the demos were a mixture of recent releases, including Snipperclips, Zelda: Breath of the Wild, 1-2 Switch, and Super Bomberman R, and upcoming titles. I took a look at four upcoming titles for the Switch, and had a lot of fun with each of them. Here’s a preview of what I played.

Mario Kart 8 Deluxe: The port of the Switch’s Mario Kart title doesn’t have a lot of major changes, but it does do enough for anyone who wants to play Mario Kart on their new console. It controls beautifully, and features all the previous DLC plus five new characters: King Boo, Dry Bones, two Inklings from Nintendo’s hit shooter Splatoon, and Gold Mario, the last of which is only available to those who’ve reached a hundred percent completion. I got to play one track, Neo Bowser City, as well as the game’s other major selling point, battle mode.

Battle mode is a lot of fun, with a few minor changes to the otherwise familiar format. You get a few more balloons than usual, and there are a few minor UI changes, but it’s basically the same battle mode Mario Kart fans have come to appreciate. Sadly, I didn’t get to try out the multiplayer on this one, but I otherwise had a lot of fun with the game.

Ultra Street Fighter II: The Final Challengers: It seems strange that Nintendo would so heavily promote a port of a twenty-six year old game, but I had a lot of fun with it anyway. The game’s pixelated art style has been smoothed out a bit, replaced with HD graphics and animations. It’s still the Street Fighter so many fans love, and the short session I had playing as Vega was a lot of fun. It was also the first game I played with the Pro Controller, which is a great for one-on-one fighters.

Arms: I have to admit, I’m not a fan of motion controls; they’ve never really improved a game for me. That said, Arms has the most enjoyable motion control scheme I’ve ever played. You hold a joy-con in each hand, with your thumbs on the shoulder buttons, and punch by, well, punching. The punches feel great, and the way they curve when you twist your wrist makes this feel like the rare game that needs to be played with motion controls to get the full effect I’ve been told that in the full retail version, you will be able to play with a non-motion control scheme, but I honestly can’t see that being as fun. While I did experience a bit of desync, I still had a lot of fun throwing punches and grabs.

There’s not a lot of content in the demo yet, sadly, but what little I played was a lot of fun. Each of the five characters has a different playstyle, and the gameplay has a basic “rock-paper-scissors” style, where blocks beat punches, grabs beat blocks, and punches beat grabs. There’s also an element of customization, as each character has three different Arms to choose from, generally a choice between a small one that shoots multiple projectiles, a medium one, and a large, slow one. Arms is a game to watch out for if you’re looking for a fun party game on the Switch.

Splatoon 2: As a huge fan of the previous game, Splatoon 2 was easily my favorite part of the demo lineup. Splatoon 2 is very similar to its predecessor, with the demo map being very reminiscent of the classic “Urchin Underpass” map. Also, there was one new weapon, the “Splat Dualies” from the trailers, which are a lot of fun, and let you dodge-roll around quickly. The only major change I noticed with all weapons is that all of the specials have been replaced; there are no more Krakens or Inkstrikes to be found.

I played two games of Splatoon, which seems to be the new structure for online play: the winner is the best of two games. Overall, while there isn’t a lot different from the first Splatoon, this is still a great multiplayer title, and it’ll be a blast for the new Switch when it comes out in the summer.