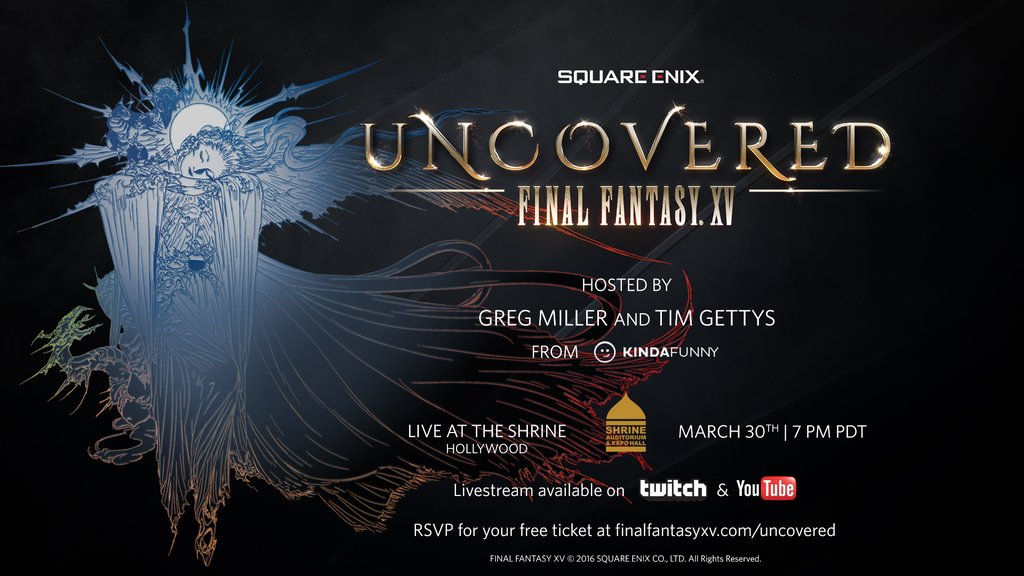 Final Fantasy XV’s release date will be announced at a public event in March, Square-Enix has announced.

On March 30th, Square-Enix will be holding the Uncovered: Final Fantasy XV event at The Shrine Auditorium & Expo Hall where the company will finally be revealing the release date for Final Fantasy XV, which has been already been confirmed to be in 2016.

Fans will be able to attend the event, while those that are unable to make it will be able to tune in to livestreams on Twitch and YouTube. Kinda Funny’s Greg Miller and Tim Gettys have been confirmed as hosts for Uncovered.

Final Fantasy XV has been in development for over a decade, as it was originally revealed as Final Fantasy Versus XIII back in 2006. For more on the long-awaited RPG, check out our thoughts on the game’s Episode Duscae demo.