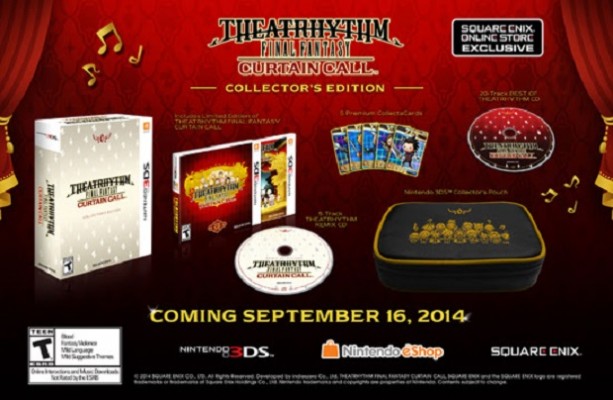 Square-Enix has revealed the collector’s edition of the next installment of the rhythm based Final Fantasy spin-off Theatrhythm Final Fantasy: Curtain Call.

The collector’s edition of the 3DS title will include a branded 3DS system pouch, a CD containing twenty songs from the game’s soundtrack comprised of 26 years of music from various Final Fantasy games and five collectible cards featuring characters from the game.