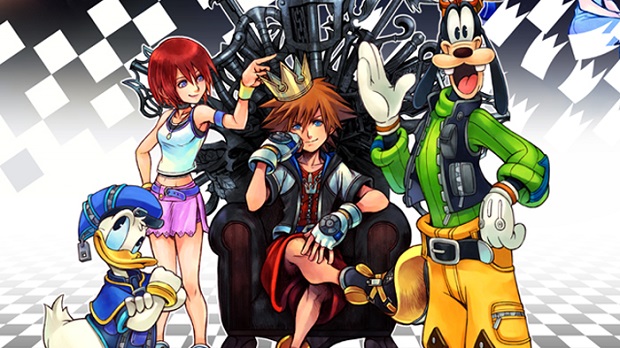 Square-Enix’s Tetsuya Nomura has confirmed that the company currently doesn’t plan to release its Kingdom Hearts remaster collections on the PlayStation 4.

Speaking with Ruliweb, Nomura revealed that requests to see Kingdom Hearts 1.5 HD Remix and Kingdom Hearts 2.5 HD Remix brought to PS4 had increased recently, but that doesn’t appear to be in the cards for the company anytime soon.

Usually, most of the reactions from the KH fans and media consist of “Please put [this world] in the game!” (Laughs) Rather than comments on the game system itself, we get requests for “Put this world in, put my world in!” much more. Whichever world is a popular map should determine whether or not the masses will greatly enjoy Kingdom Hearts 3. Recently, we also received a significant increase in requests for the Kingdom Hearts 1.5 Remix and Kingdom Hearts 2.5 Remix to be released on the PS4. Unfortunately, we don’t have any plans for that.

Near the end of last year, Square-Enix’s Tai Yasue said there was a possibility that the remastered collections could come to PlayStation 4, or even the Xbox One, but it seems that isn’t something the company is currently putting its resources into right now. Both 1.5 and 2.5 HD Remixes came to PlayStation 3 in 2013 and 2014 respectively, and were meant to act as a lead-in to Kingdom Hearts III. Square-Enix recently showed new footage of the sequel at its E3 press conference back in June, which confirmed that Tangled will be a featured Disney world in the game.