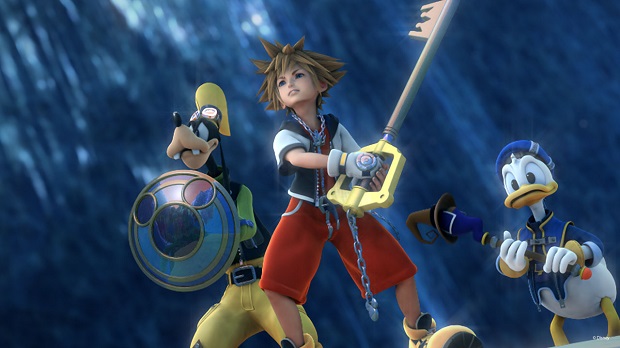 Square-Enix has said that working on both Kingdom Hearts 1.5 and 2.5 HD Remixes has been helpful training for the company’s development of Kingdom Hearts III.

Speaking with Kotaku UK, Square’s Tai Yasue said that the new blood working on Kingdom Hearts III has been benefiting from the time with the previous games, and the time looking back is helping to inform the future.

“We have been working on 3 and 2.5 at the same time,” he explains, “so a lot of people are crossing over and doing both. There are also a lot of new people working on both. In a way, we’ve learned what was good about our previous Kingdom Hearts [games] by making 2.5.

“For 3, we want to evolve it in a new direction, but at the same time we don’t want to change what is fundamental about Kingdom Hearts. We’re hiring new people continuously, so they are learning about Kingdom Hearts through making 2.5. It’s a good learning experience.”

Kingdom Hearts III is coming to PlayStation 4 and Xbox One, but there are conflicting reports as to when that will actually happen. Goofy’s voice actor has said the game will arrive in 2015, while Square-Enix says it has yet to properly announce a release window for the game.

Square-Enix has stated that it is considering bringing Star Wars and Marvel to Kingdom Hearts III, although that might not be sitting well with some of the people on the Gaming Trend staff.